FNMA (Fannie Mae) acquired title to a rental property though foreclosure.  Their attorneys, the Alberti Law Group,  who do all of their foreclosures in Florida,  were apparently unaware that four years ago,  Congress passed a law known as the “Protecting Tenant’s Under Floreclosure Act.”   The PTFA  requires a foreclosure buyer to give a tenant a 90 day notice to vacate  before applying to the court for a writ of possession. Albertelli Law provided a 30 day notice of lease termination and then filed for eviction.  In the case of FNMA v. Jenkins,  the court dismissed such an eviction action,  ruling that the 30 day notice violated the PTFA and thus failed to terminate the tenancy.  A proper termination of tenancy is a condition precedent to filing a complaint for eviction.  Thus the court dismissed the complaint for eviction without leave to amend and awarded costs and attorney’s fees to the Tenant. The court, however,  awarded the rent in the court registry to the Plaintiff.  One wonders how wide spread such violations of the PFTA by lenders actually are! 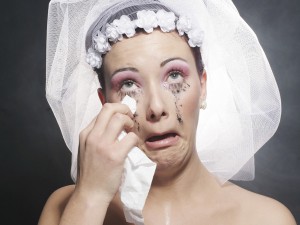 Appellant, Valiente filed an eviction against Alvarez for failure to pay him $10,000 rent. Alvarez counterclaimed for fraud and an “equitable lien,” which alleged that she had paid $9530.00 to Valiente, her fiance, to help him purchase the house which was supposed to be titled in both their names, but ended up only being titled in his name.  That shortly after the closing they broke up, and that Valiente promised Alvarez that she and her son could stay in the home rent-free until May 2012 in lieu of being paid back the $9530.00.

Initially,  the trial court struck Alvarez’s pleadings for failure to post the rent claimed into the court registry and granted the eviction.  The trial court subsequently re-considered after conducting an evidentiary hearing and vacated the judgment and dismissed the case with prejudice due to fraud upon the court. Valiente appealed.

The appellate court ruled:  “Here, the trial court heard the parties’ testimony and found that Valiente’s eviction complaint was the product of a fundamental lie because Valiente admitted that Alvarez was not his “tenant” and that she did not owe him $10,000.00 in past due rent.  Valiente further admitted that Alvarez had given him money specifically designated for him to buy the home jointly with her. The trial court concluded that Valiente committed a fraud upon the court and Alvarez.

Valiente’s eviction complaint, based on a lie, set in motion a scheme calculated to hinder Alvarez’s ability to present a defense and counterclaim.

Where a party perpetrates a fraud permeating the entire proceedings, dismissal with prejudice is the appropriate remedy. See Taylor v. Martell, 893 So. 2d 645, 646 (Fla. 4th DCA 2005) [30 Fla. L. Weekly D474a] (affirming trial court’s dismissal of complaint with prejudice where plaintiff engaged in a series of frauds to aid her lawsuit against the defendants). We affirm the dismissal with prejudice* for committing fraud upon the court.”

*The dismissal with prejudice affected only Valiente’s ability to seek rent from Alvarez for the months of October 2011 to February 2012.. He was free to seek Alvarez’s eviction or ejectment if she did not vacate the premises after May 2012 per the parties’ oral agreement.

Editors Note:  I note, with some pride in the judicial system, that Ms. Alvarez was able to prevail despite not having the benefit of legal counsel, unlike her unsuccessful opponent.